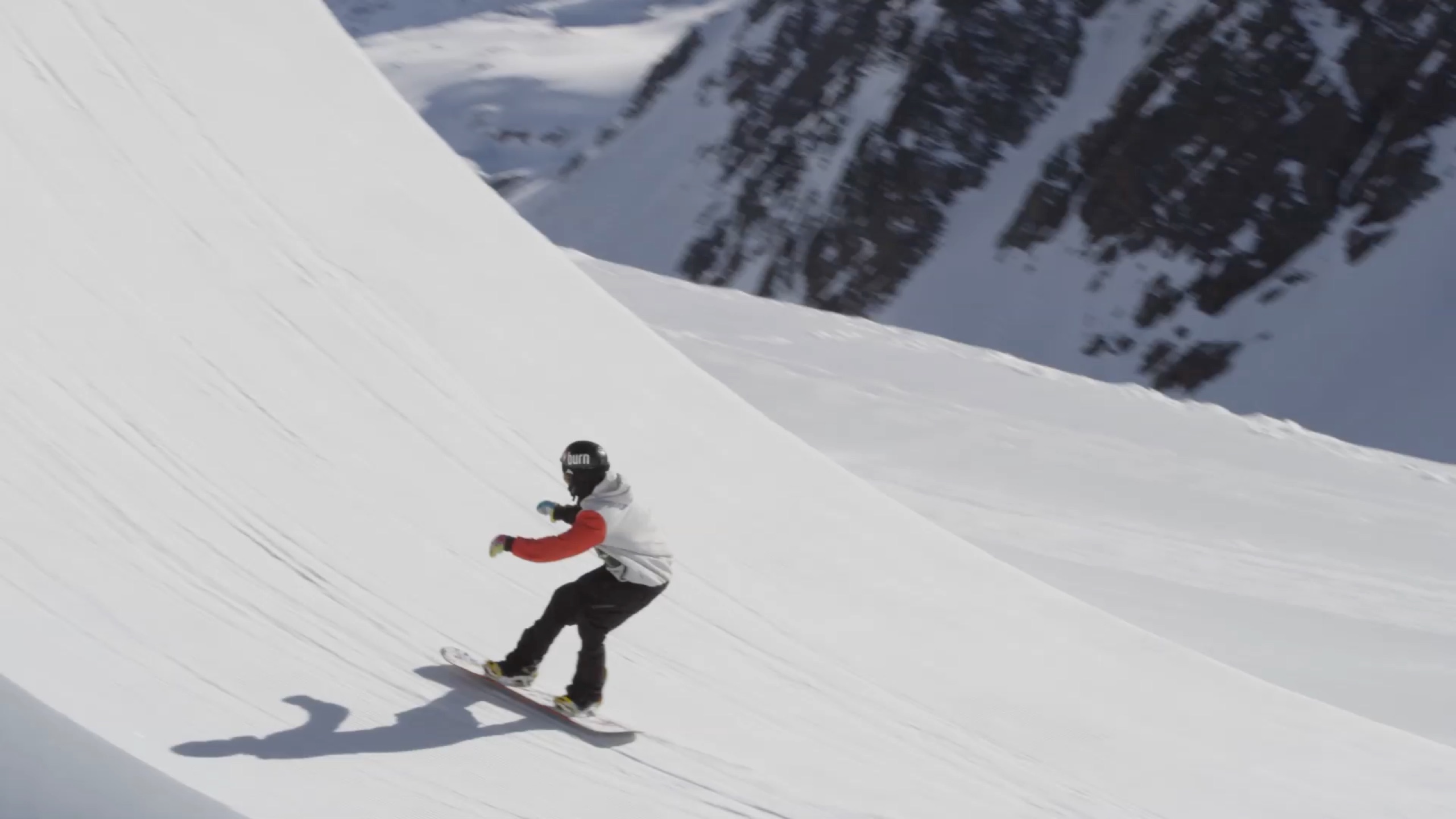 We created a "choose your own adventure" snowboarding film for energy drink Burn - part of the Coca-Cola group. Sitting somewhere between a film, game and website, Ride Again was designed to give their YouTube audience a new and customised perspective on the extreme sports genre.

Google are pretty selective about who gets hold of their API. Ride Again was from the outset conceived as a YouTube app, meaning we had to build a quick, close relationship with Google's YT platform team. This selective approach to approving development partners meant there was very little documentation and examples of previous projects for us to benchmark our work against.

Our research told us that much of our target audience would be viewing on mobile devices, the place we defined as our starting point. HTML5 was important not only for this reason, but also to allow us to integrate the different configurations of content into the film itself. Our focus throughout was ensuring that the complexities of the film weren’t let down by a clunky user experience.

Within a week of launch Burn Again was played over 20 thousand times. 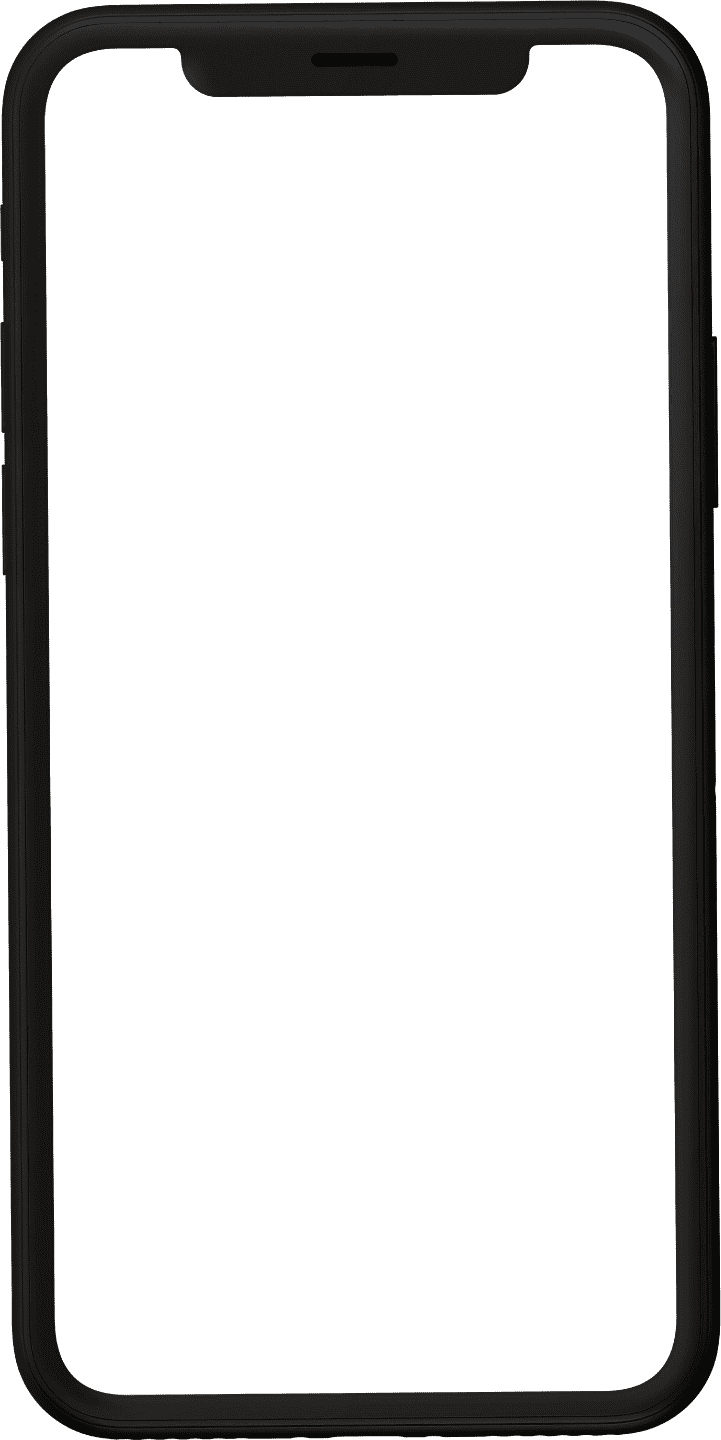 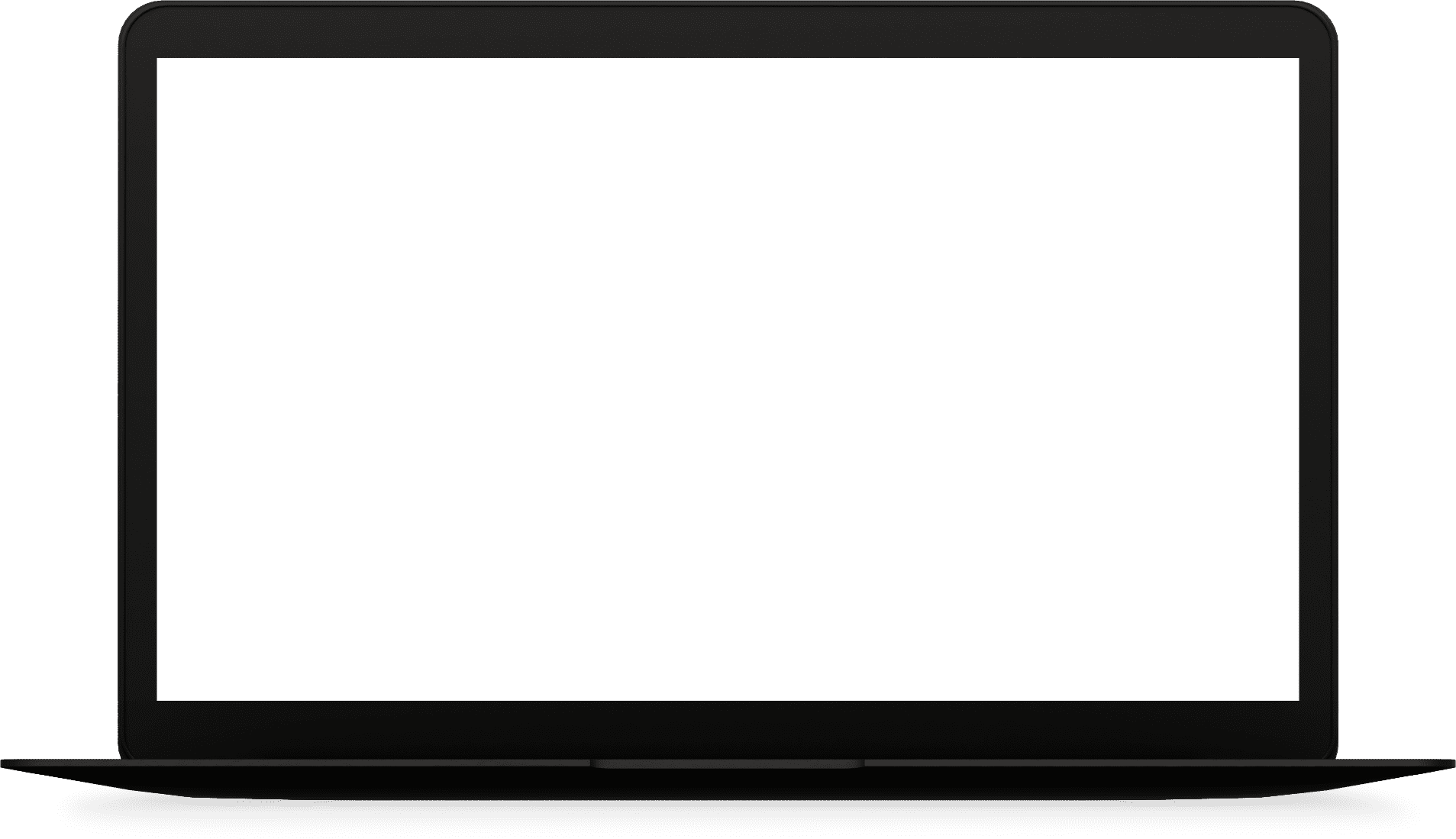 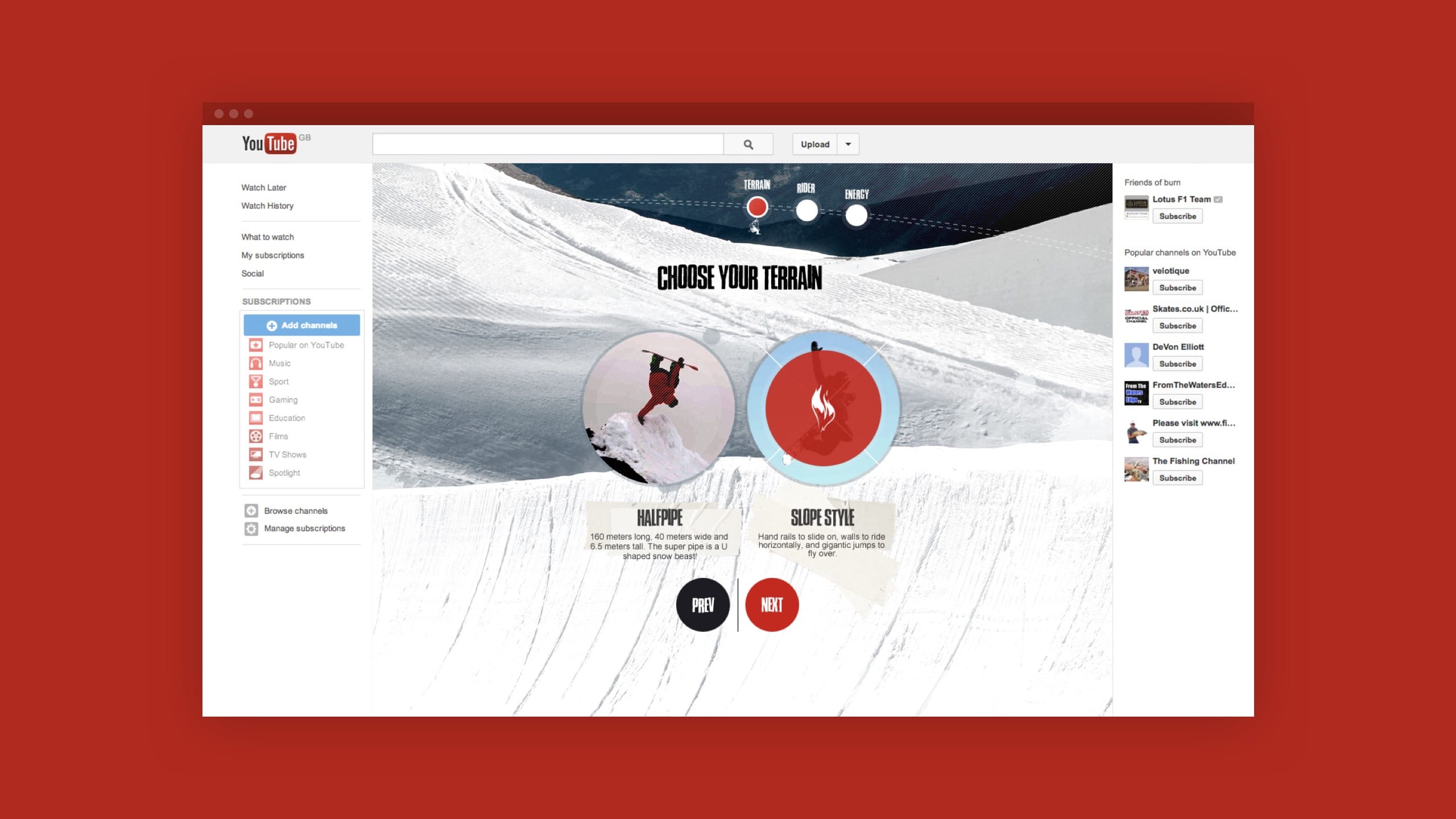 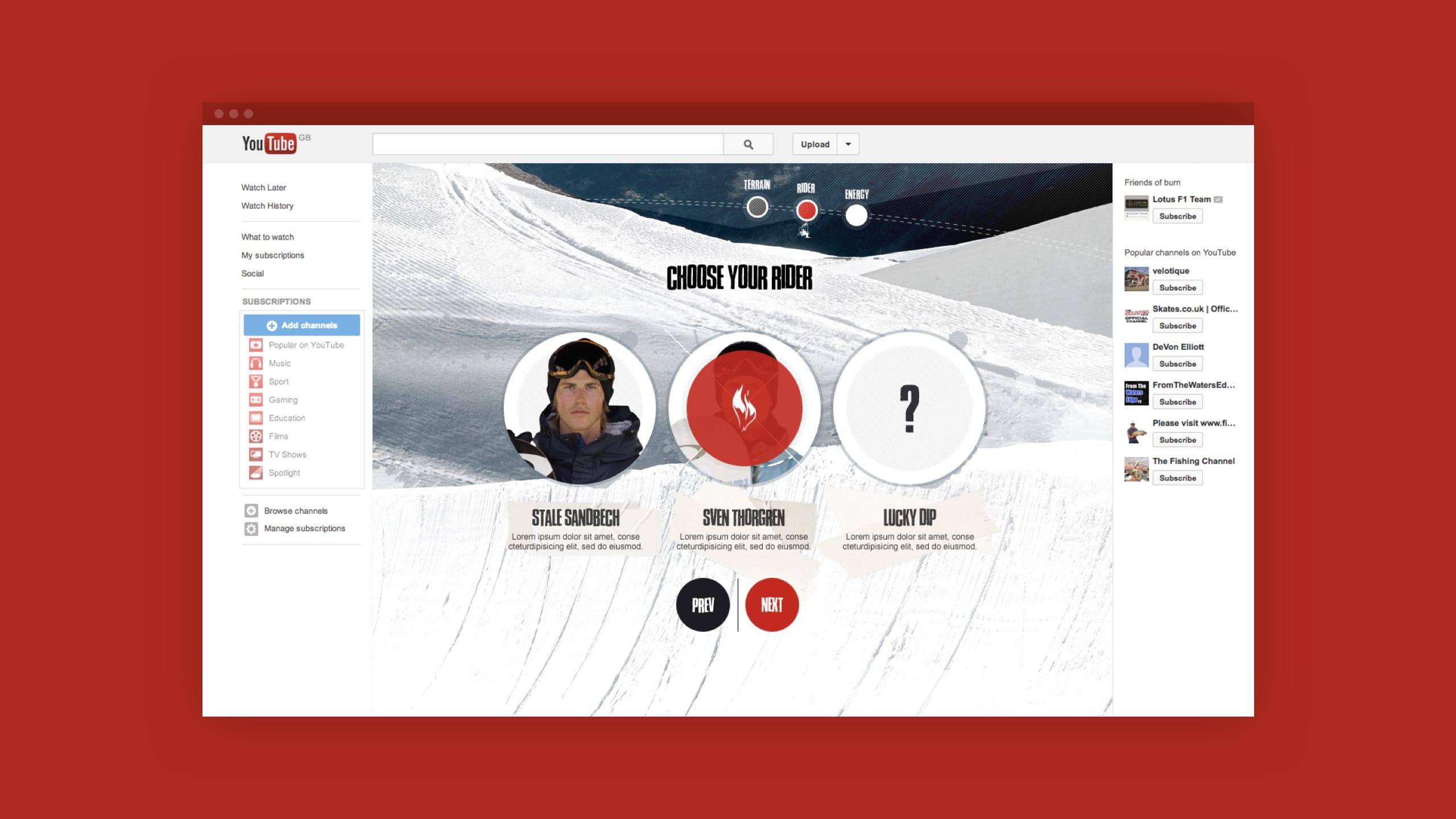 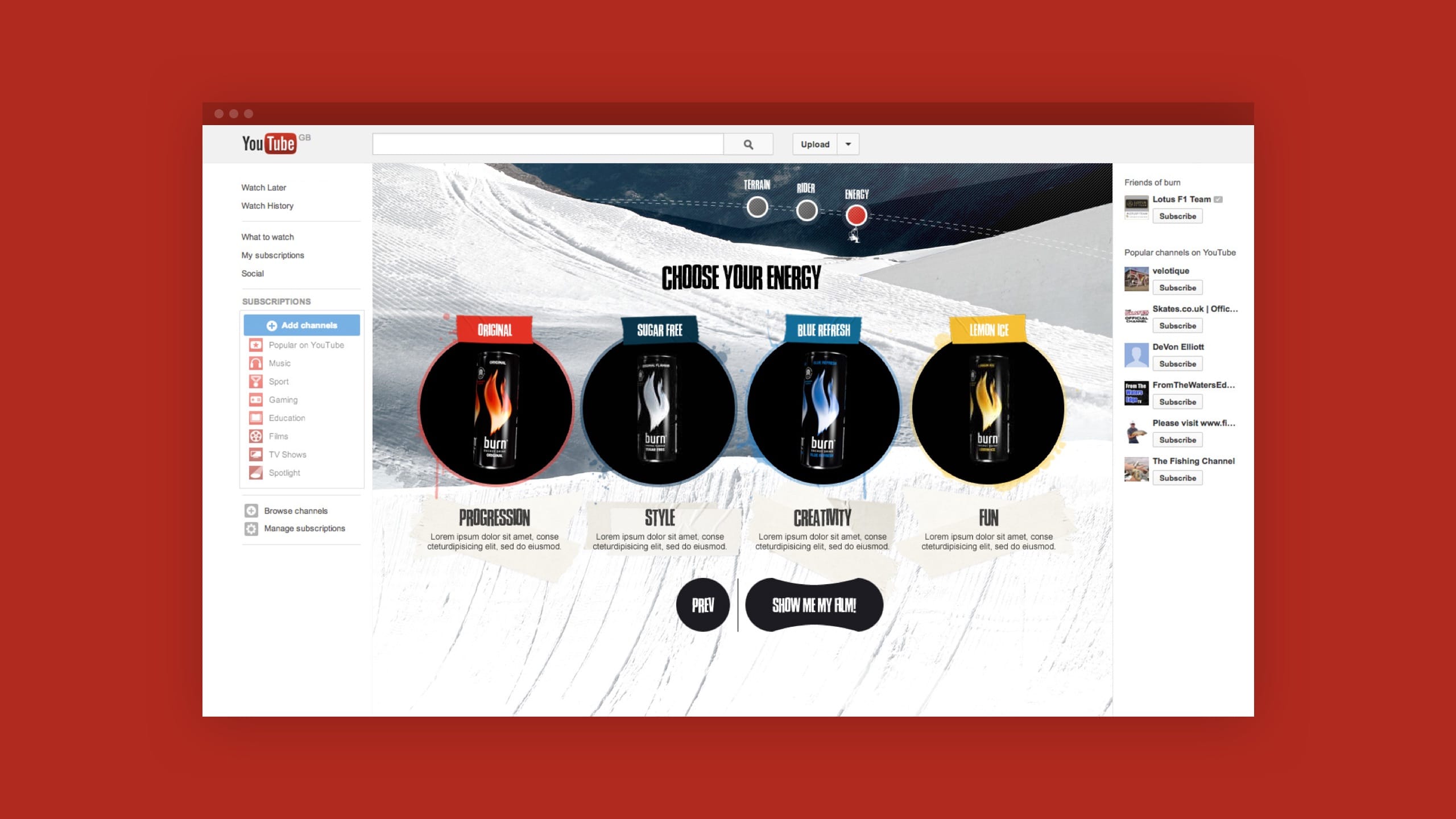 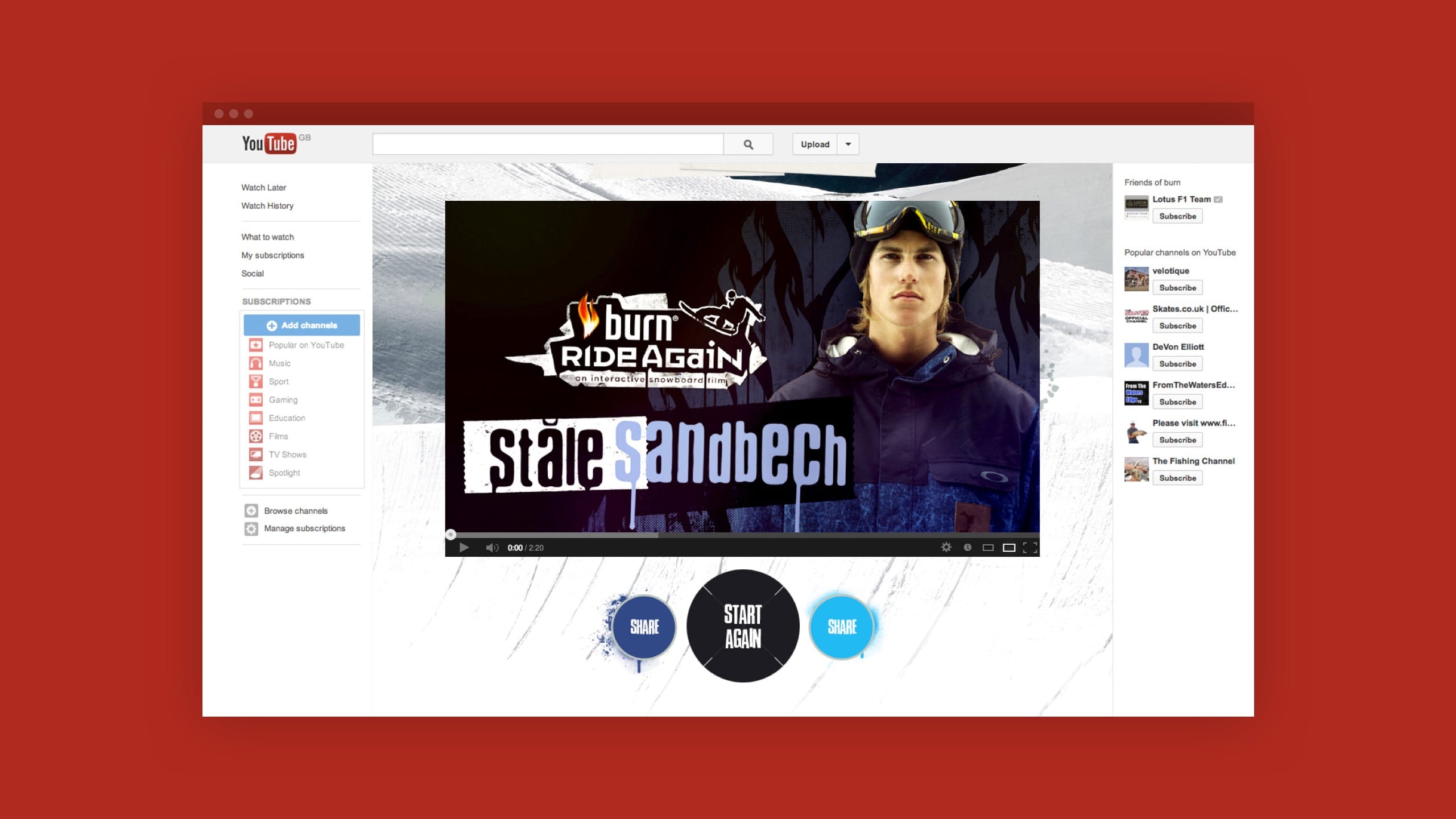 Have a project in mind?
Send us a message